Moving abroad? 5 reasons why having German Speaking Jobs in Malta can be good for you and your career

Moving abroad? 5 reasons why having German Speaking Jobs in Malta can be good for you and your Career.

This blog is written with German speakers in mind because we receive emails and Facebook posts every month asking about German speaking jobs in Malta. We also get asked is it cheap to move to Malta compared to other EU countries? The simple answer is yes but we want to add that information is relevant to anyone wishing to work abroad and start a new life with a job in Malta.

When recruiters/employers speak to job seekers looking for jobs abroad they always ask what else are they looking for beside the actual job. These were the most common answers.

Now from experience we can tell you that providing all of this can at times be difficult, especially if your ideal job is in a city that might have a high cost of living.

Barcelona is an example of this. This is a popular destination for job seekers who want to work abroad but cost of living can be high especially if you want to live near the city. Malta is one of the few locations in Europe that tick all the boxes. So if you have a wish list similar to this then maybe jobs in Malta could be right for you and here is why.

Malta is located 80km from Italy and nestled snuggly in between Europe and Africa in the Mediterranean Ocean has become a job hotspot in recent years for European expats. The main reason for this has been the increasing number of multinational companies setting up offices in and around cities of Sliema and the capital city of Valletta. 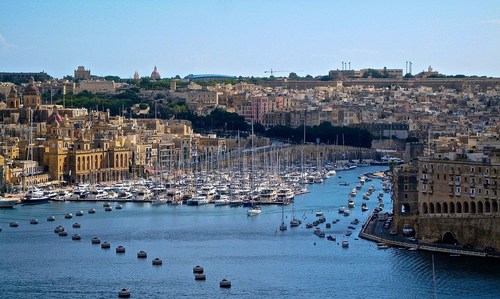 Cost of living is cheaper in Malta

Here are 5 reasons why you should moving to Malta could be great career move.

1) What type of Jobs are in Malta?

Companies that are setting up and hiring in Malta are primarily in IT Technologies specifically in online gaming. This has grown significantly in recent years. This means that sourcing new staff can be tricky as they not only require relevant IT skills but also require specific language skills which Malta cannot provide.The Population is less than half a million people so recruiters need to look abroad to source talent for language jobs. The most in demand languages seem to be German, Dutch,Swedish,Finnish and English.

German speaking jobs Malta for example vary from Customer Service jobs to German clients to IT Support jobs. These positions can vary from Junior level to management roles. This would be similar if you were looking for Dutch, Swedish or  Finnish speaking jobs  in Malta.

2) Renting a home in Malta is cheaper.

Malta like the rest of Europe was hit by the financial crisis and has seen costs go up slowly over the last 5 years but not as much as other EU countries. Housing for example is still cheaper than most European cities. The key tip to if moving to Malta is to rent and not buy. Renting is financial the better option. For example be expected to pay on average €550 -€630 depending on the location, No.of bedrooms and even sea views. This is more affordable than cities like Dublin, Barcelona and London where prices start @€650- €1600.

If you want to have look at places to live in Malta check out these rental websites for Malta. Franksalt.com & JK Group.

Grocery shopping overall would be on par or higher with most other European cities.The reason for this is that most of the products on sale are imported from Europe. On average you can spend anywhere from €130- €210 per month depending on how many in household.

Saying that deals can be found by checking out the large supermarkets when buying in bulk. Savings can also be made by buying local produce due to no import costs plus they will be fresh from the source that day which is always better. For a full list of prices check out numbeo.com for more details. 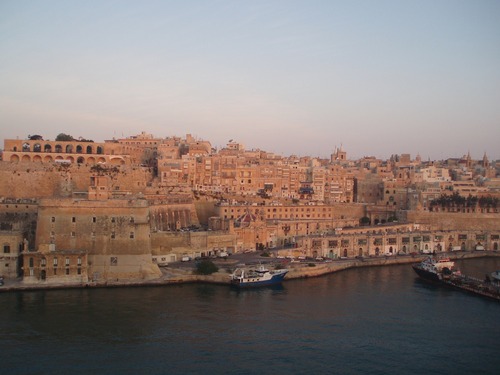 Malta is rated as the 5th best country for healthcare. All EU citizens that live in Malta receive free healthcare. However private healthcare insurance is common due to the fact it offers a wider range of services. If you need private health Insurance costs seem to be lower compared to other EU countries and US.

5) The Weather in Malta

Malta is known for having the best weather in the world. In winter the weather is very mild temperatures dropping to as low 16 degrees. In summer the temperatures rise up to the mid 30’s with little or no rain in spring and summer months. To simply put the weather is fantastic. If you hate rain you will love living in Malta.

Apart from the weather of course the big draw will be the jobs in Malta from multinational companies offering language jobs. These companies offer job seekers a great opportunity to improve their skills and experience which would be tougher to get in your home country due opportunities available and higher level of competition for jobs.