The Bilingual Brain – Does being Multilingual give you Superpowers?

Do you have Multilingual Superpowers?

Anything that makes being multilingual look cool interests us at Job Coconut, and for this reason we have become big fans of the movie The Arrival recently. Ever hear of it? It’s about aliens coming to earth and how top linguist Louise Banks (Amy Adams) uses her language skills to decode the alien’s unusual language. Although Banks is the epitome of what being multilingual is she still finds her language skills tested by the alien’s image based language.

The alien’s language takes the form of circular inkblots (similar to the one above) that spew out of their tentacles in one complete movement. Banks concludes that because the inkblots form without a beginning or an end that the aliens must also think like this (without a traditional sense of past and present). Confused yet? Well think about how you form a sentence - there is usually a start, middle and end. The reason why we have a start, middle and end for sentences is because we understand time as having a start, middle and end too. The images the aliens create form in one fluid movement, which does not have a beginning or an end. What is most interesting about this is that when Banks finally masters the language and becomes interspecie multilingual she does not understand time in the same way anymore. Like the aliens, she can now predict the future! Now that is the kind of multilingual superpower we would like to have!

Why is this alien movie so interesting to us? What the movie suggests is that different languages offer different ways of understanding the world. For example, some languages contain words that cannot be easily translated into other languages – like Hygge in Dutch. What this means is that someone who only speaks English may be experiencing the feeling that is "hygge" but never know because they do not have a word for it! Some languages form sentences that tend to be more masculine than feminine. Some languages do not have gendered words. Some languages are more likely to form goal oriented sentences while other languages tend to be more action oriented. All these wonderful differences between languages affect the way we think about the world around us. This is why some experts say that if you are multilingual you might have two personalities! This is not to say that you are schizophrenic, but simply that you have two different views of the world and shift between them when using both. If anything, being multilingual can protect the brain from mental health illnesses such as dementia because a multilingual brain is trained to compensate for inconsistencies and gaps when it switches between languages.

So perhaps being a multilingual speaker doesn’t actually help you tell the future, but it does have many other interesting benefits! Fancy practicing your language skills in a multilingual job? Click here to check out what multilingual jobs we have available right now. 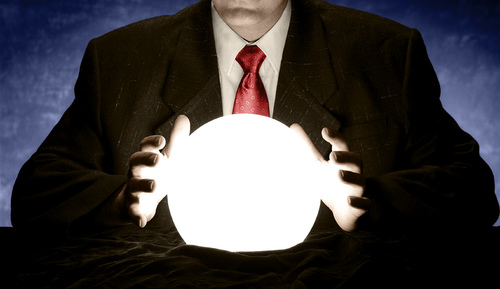